I am on the Advisory Board of KEBS Group Kathmandu since the beginning of the first KEBS school in the famous Boudhanath stupa: Primary & High Schools, Scholarships for Orphans, Sponsorship Program, Hospitals for Elderly, Girl Child Education. For sponsorship information (amics del nepal) As of 2011, KEBS also started our own fully accredited Undergraduate College program in Science, Engineering & Humanities. The Scholarships continue on with a decade of well-rounded first world standard education in the world’s 2nd poorest country. It is an honour to be part of KEBS group.

Members of HK Alliance were the only people from China able to attend the first chinese Nobel Peace laureates prize-giving ceremony as CCP government decided to incarcerate Liu Xiaobo for 11 yrs for his prize winning document Charter08 and placed all his families under house arrest at the time of the Nobel Peace Prize 2010.

Brabel Eco-house in the Himalayas: A small Sherpa village project to provide an eco-sustainable bathhouse to improve the overall health for local communities, develop eco-tourism and reduce infant and mother mortality rates in the Himalayas. 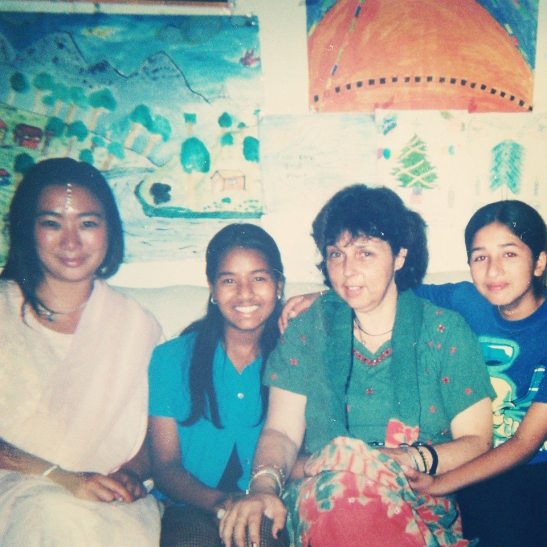 I am very proud to say that we sponsored one of the first four street children adopted by founder of Rokpa Lea Wyler and decades later, Rokpa is a Swiss base charity with 176 projects globally: Giving help where help is needed.

I work as a consultant in Sustainable Cultural development and social innovations. UNFFT WAS an independent, unaffiliated NGO with offices all over the world working towards improving Human Rights & Creative Free speech for Tibetans, Ethnic Minorities and ordinary Chinese people living in Tibet and China.

As of late 2011, UNFFT became affiliated with the Exiled Tibetan Government in Dharamsala and I am no longer working with UNFFT since Sustain-Able is a social-enterprise focussed on achieving independent, objective, non-partisan path towards Cultural Sustainability for all and cannot endorse any government. However, we wish UNFFT all the best. Tashi Delek. 🙂

58 comments on “Projects in Asia”