From Cecilia: I was invited by my colleague Appolinaire Zugabe to join the lobby efforts at PACJA Pan Africa Climate Justice Alliance to attend the event inside UNECA United Nations Economic Commission for Africa‘s African Pavilion (established since COP17) for this year’s COP21 in Paris because of my past work with Klimaforum’10 during COP15 Copenhagen, in a strategic networking and media advocacy capacity.

Unfortunately because of the event of #ParisAttack #San Bernandino #Cairo and #London #terrorists threats, I was advised by my embassy to avoid any high risk travels unless it is essential. Given many of the works can be done remotely and with modern media, I decided to meet my colleagues in COP22 instead.

For the last 10 days, we worked hard to lobby a Climate Justice for Africa and especially for Women in Inequitable economies who are the main recipient of the violence inflicted on humanity by our own industries and disrespectful exploitations of Mother Earth.

I will relate the photos and the details of the different events we were involved with AFTER the closing of COP21 because of heightened security reasons. However this Draft agreement is very important because USA was instrumental in trying to push Africa as a continent to lower her expectation for compensation and technology assisted aid to mitigate past damage inflicted on her land and people by First World Developed Nations (primarily in North America and Europe).

As a Chinese and an Australia looking at this objectively, it feels like the equivalent of asking a victim of Rape to say to her Rapist, ” Oh it wasnt totally your fault this crime happened…I shouldnt have been born Female and you do have a Penis and that needs to be put somewhere! I was just in the wrong place at the wrong time. Oops.”

I do not choose this syllogism lightheartedly, given Greenpeace had just leaked the lists of Academics on USA corporate payrolls to deliberately undermine and deny Climate Change. I wrote about this in Climate Change Denying Cretins in 2010 as I was shocked by the complete disregard for other and sheer selfishness of the Generation Y intern to one of these “paid academics” in America. I think it is this type of attitude that must be culled and purged as they do not represent the integrity of upholding objective a genuine quest for Knowledge, nor do they show any respect for humanity in general.

So please feel free to share these 29pages Draft from COP21, it was just released on 9th Dec 2015 and it is now 1.20am,  10th Dec. I am sitting in my loungeroom waiting for the gas repair man to come to fix my gas meter because all of  North England was flooded in the last few days and 45000 families are without electricty and gas. I, on the otherhand, only had a tiny broken plastic bit on the meter that must be fixed for health and safety reasons! Anyway, this does not change that fact that, “Hey, even White people lose homes and families to the result of our United nations failure to enforce Carbon Emissions quota. It does not change the fact that situation is dire. New York food prices are hyperinflating. Los Angelos (even in Beverley Hill and Malibu, wow!) is running out of water. So no, it is not just Black people asking for money and compensation! Really! Get Real! ”

This is a very compelling reason to set aside our own personal narcissism and consider how in the eyes of Mother Earth, we are but one species amongs millions of lifeforms. Of course, she created some serious accidents…just look at the brain and mouth she put on #Trump.

Anyway, Climate Justice issue affects us all, even if reading 29 pages, wearing a suit and putting on our best rational voice in a formal suit, was necessary in order to voice our concerns at the highest level of Governance in the Corridors of Power!

If I can do it, so can you. Please do your bit for the sustainability of Earth, without sentiment but with authentic daily actions!

This is the PDF document : OUTCOME OF PARIS, DRAFT AGREEMENT 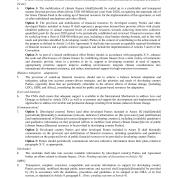 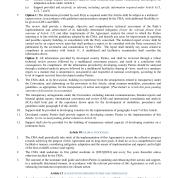 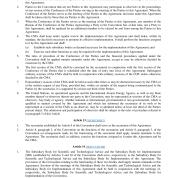 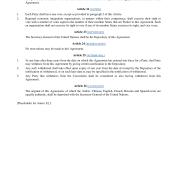 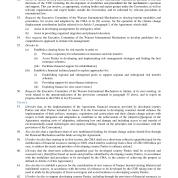